How Popular Culture has Influenced Our Technology

It isn’t unheard of for popular culture to blur the line between fiction and reality, the imaginations of the past becoming the everyday items that surround us today. Let’s consider a few technologies that first appeared in popular culture before eventually becoming mainstream.

The modern tablet is widely seen to have first appeared in the form of Apple’s iPad in 2010. However, Steve Jobs himself showed that the inspiration for the device came—to some extent, at least—from the PADD that appeared in Star Trek by showing off the device by playing a Star Trek movie. The PADD, or Personal Access Display Device, was a handheld device used by the Starfleet crew members to easily access various information.

That being said, it was Stanley Kubrik’s film—which also featured tablet devices—that was used to block Apple’s attempt to copyright the form factor. Because the concept had been used years prior in entertainment, Apple’s bid failed.

Self-driving vehicles are a major selling point nowadays, but were most memorably seen in 1990’s Total Recall, when main character Douglas Quaid dives into a cab to escape, only needing to give the computer system (“Johnny Cab”) the address he wants to go to. While the character ultimately takes over for the system, the technology was clearly presented by the short-lived set piece.

Remember MP3s? While now pretty outdated, the audio file format was directly inspired by a scene from Star Trek: The Next Generation. In this scene, the android Data listens to a piece by Mozart, a piece by Bach, a piece by Beethoven, and a piece by Verdi—all at the same time, of course. When asked to “thin it out a bit,” Data calls on the computer to stop each piece in succession, proving that (perhaps unsurprisingly, on such a seminal bit of sci-fi) the music was all digital.

If the connection seems like a stretch, Karlheinz Brandenburg (the inventor of the MP3 file format) cited this precise scene as what gave him the idea.

Nowadays, it's rare to find someone without some kind of mobile phone, with smart watches and similar wearables also growing more popular. While the two form factors may seem to be distinct technologies, both were derived from the 1930s and 40s serialized comic Dick Tracy. The titular detective possessed a watch that also served as a two-way communicator with the authorities.

You may have heard that the cell phone’s real inspiration was the communicators touted by the crew of the USS Enterprise, and there is reason for that. After all, the first mobile phone’s inventor, Martin Cooper, cited these communicators as the source of his idea for many years. However, just last year, Cooper altered his statement, giving the credit to Dick Tracy and his watch.

Anyone who has watched Star Trek is likely familiar with the replicators that the crew utilizes to produce everything and anything. As it happens, these devices have also produced the inspiration for the next step in the increasingly popular method of 3D printing objects.

While most 3D printing is currently carried out by running a strand of material in a computed pattern until an item is produced, a 3D printer was developed in 2019 that uses rays of light to shape objects all at once—one that its creators say was inspired by the famous replicator.

The Defibrillator, Suggested by Frankenstein

While there are countless more examples of art informing the future, we’ll end with one more example: the defibrillator.

In chapter five of her 1818 work—which many see to be the first piece of modern science fiction—Mary Shelley includes little detail about her fictional scientist’s process, but includes a telling quote in the fifth chapter:

“With an anxiety that almost amounted to agony, I collected the instruments of life around me, that I might infuse a spark of being into the lifeless thing that lay at my feet.“

Spark, which many interpreted as a spark of electricity. There is a very valid argument to be made that this inclusion may have inspired the later research and development of the modern defibrillator in 1930.

What other pieces of technology can you think back to in popular culture that we have some version of today? List them out in the comments! 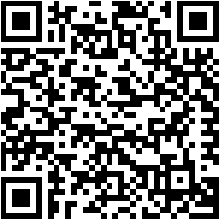